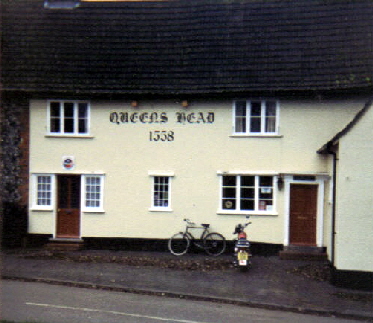 The Kirtling branch of the Shepherds in the Wood Club met at the Queens Head every Easter for a feast. This was a sick club. Each member paid a monthly subscription and claimed benefit if they were sick. Old people of the village say that the women of the village did not get any money the week of the feast because the men spent all their money on beer. The club was broken up in 1970 and the money shared out amongst the members.

Each year there would be a fair in the Queens meadow called Stinger Wright’s Fair.