I was shown to my room a cosy, but small, room at the back of the premises next to the maid’s room. I soon discovered that these two rooms were known as ‘the matchboxes’ and were, in fact actually in the barn which adjoined the rear of the house and were built out at first floor level supported on wooden pillars! (I understand that they are still there.) One could hear the cows in the barn in the early morning as the cowman brought them in.

Place Farm house, itself was a lovely old Georgian red brick house with specially made green painted metal sun hoods over the windows to keep the brilliant sunshine out of the front rooms as the windows were so tall and faced South. 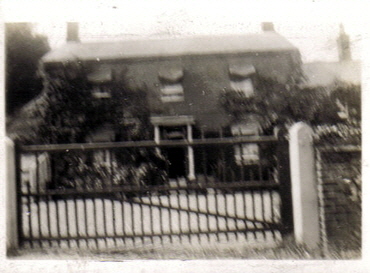 The main front part was fairly conventional with two front reception rooms and three first floor bedrooms but on the first floor it stretched out at the back with several more rooms. The first was the nursery and off that were Mrs Bowyer’s painting studio and Frank’s and Kenneth’s bedroom and then on further to the ‘match boxes’.