You could have heard a penny drop, such was the attention paid by the crowd throughout this very special ceremony. Everyone who was there knew they were experiencing a unique event.

By 2.00 pm at least 200 people had arrived at Hill Farm, Kirtling, where Ann Bailey had kindly arranged parking and refreshments. 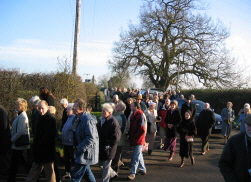 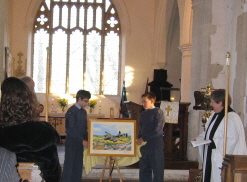 The Rev Christine Sindall led the proceedings, which started with a march to the crash site by representatives of the Royal British Legion followed by Ron Hunwicks and John Smyrk, their families, and the large crowd. Traffic was held up in both directions for over 10 minutes while everyone assembled at the place where the Lancaster came down. Ron and John laid a wreath, the last post was played on the bugle, and two minutes’ silence was observed.

After this, Christine led us the congregation in a special service at Kirtling Village Church, including prayers, and some stirring hymns including Jerusalem. There was a powerful and moving address by the vicar, a reading of an extract from the Squadron history by Ron Hunwicks, and a special moment when we all listened to a recording of a Lancaster flying overhead.

At the end of the service, a special painting by Roy Howe of Lancaster BIII PB761 ‘AA-Y’ flying over Cambridgeshire with the names of all the crew members was unveiled.

Everyone was treated to a sumptious tea in the village hall afterwards.

Thanks are due to everyone who made this day so special, including the late Doug Everitt whose inspiration it was, Roy Howe for creating the wonderful Lancaster painting, Rev Sindall for conducting such a memorable service, Tricia Lewis, Steven Robinson, Ann Bailey, Gloria Kiteley and all those who helped to provide the tea and refreshments, the RAFA bugle player, the Royal British Legion and the cadets.

Above all, thanks to Ron Hunwicks and John Smryk for coming and sharing this special day with us. It will remain in our minds for a long time to come. 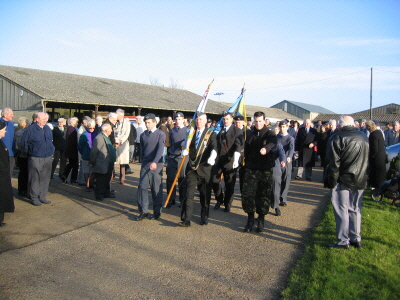 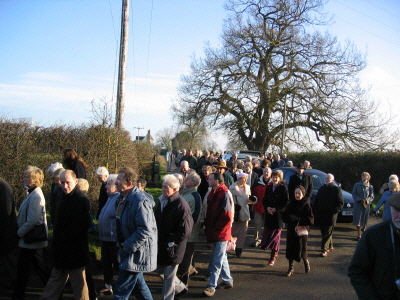 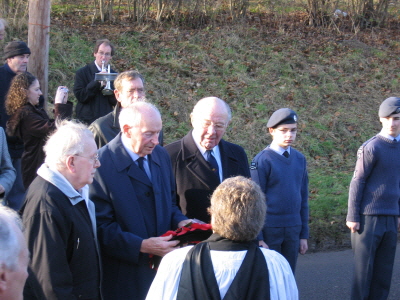 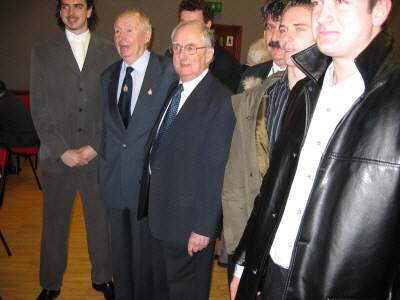 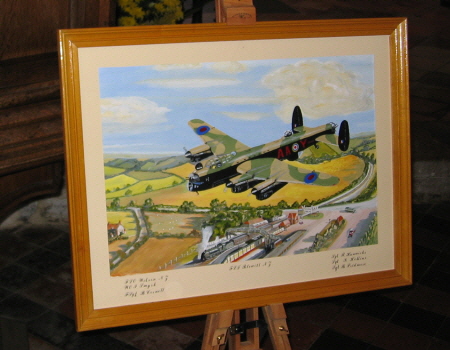