Here are some charming anecdotes of life as a domestic servant in the last era of the North family residence at Kirtling Towers, thanks to Jean Everitt. 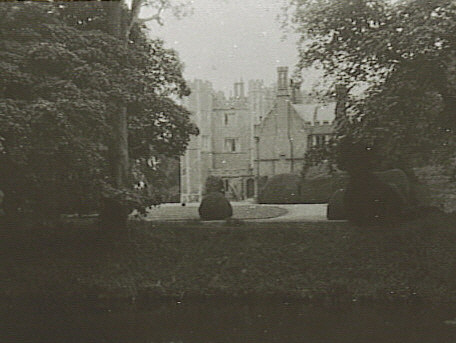 Ivy had two girls working for her both of whom were called Grace. There was Grace the scullery maid and Grace the kitchen maid. Ivy worked six days a week and was the only one of the kitchen staff to live in at the Towers. She had to start work around 6 o’clock every morning to prepare for breakfast for Lord and Lady North and was only able to go to bed late in the evening after all of the preparations for the evening meal had been cleared away.

This was a time when the landed families were still doing a lot of entertaining on a grand scale. I remember Ivy telling me how she was frequently called upon to do elaborate preparations for large weekend parties. The Norths even entertained Queen Mary and her household while Ivy was cook.

Every Sunday, on Ivy’s day off she used to get on her bicycle and cycle to her parents who lived at the village of Lode, near Anglesey Abbey. This would have been a round trip of over 20 miles.”
“I remember mother telling me some wonderful anecdotes of life below stairs.
On one occasion the kitchen staff were preparing a banquet and Ivy was cooking soufflés – a particular favourite of Lady North’s. Trouble was, soon before the guests were due to arrive, Ivy found that the solid-fuel cooking range was nowhere near the required temperature to cook the soufflés.

Fortunately Ivy was a resourceful lady who was not easily beaten. “Quick”, she says to Grace. “Go into the pantry and cut me a good slice of bacon”.

Well, Grace duly returns with the bacon and Ivy opens the oven door and throws it inside. Of course the oven goes woosh and starts to burn much hotter which is exactly what Ivy’s wanted. It looks as if the day has been saved.

But when Grace goes to get the soufflés out of the oven, what a shock she gets. They had risen well, but were covered from top to toe in a thick layer of soot that had come down the chimney.

“Oh no, says Grace, what shall we do now?” Quick witted Ivy says “We haven’t time to cook anything else now. Grace, you brush off the soot as best you can and we’ll hope that Lady North doesn’t notice anything.”

So the soufflés are served to the guests and after the meal has finished and the kitchen staff are clearing up, who should appear round the door but Lady North herself. “Well, Ivy, she says. What wonderful soufflés. Surely the finest you’ve ever cooked!”

“One another occasion, Ivy tells me that the Norths were preparing to entertain a  party of guests for tennis. Shortly before they were due to arrive, Della, Lady North’s daughter appears in the kitchen, this time with a large box of tennis balls.

“Ivy” commands Della. “Get these balls washed and scrubbed so they look good for my guests.” And off disappears Della to see to the preparations above stairs.

“Well”, says Ivy. “I’m blessed if I’m going to do anything with those balls. That’s not for the likes of us to do”. So when Della appears later and says “I hope those balls are nice and dry”, Ivy says “I’m quite sure they are Ma’am, cos’ they never got wet. It’s not the job of the kitchen to clean them tennis balls”. And Della North had to be satisfied with that. You didn’t argue with the cook.

Then there’s the time that one of the Graces was asked to go up to the dining room to clear away the evening meal that Lord and Lady N had just finished. Ivy had made sweets which had been put out on the sideboard for the Master and Mistress to have with their coffee. Grace has a quick look around to check there was noone to see and then starts to help herself to the remaining sweets.

Suddenly a voice booms out from nowhere. “Yes, please do help yourself!” What poor Grace doesn’t know is that Lord N’s favourite place to sit after a meal is a wing chair, in which he is completely hidden from the dining table but sees everything that goes on. Needless to say, Grace rushes downstairs in an awful pickle, but they could see she meant no harm.”

With thanks to Jean for telling us these anecdotes. 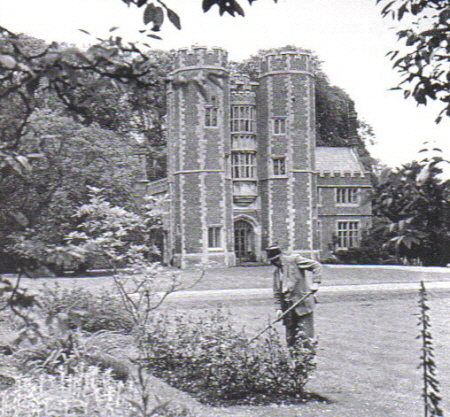